To see most of China, you need to move around and visit the different cities and provinces. While I personally prefer to take the train, I do see the practical side of flying. After all, China is the third biggest country in the world, and sometimes you need to get to a place faster than the 12 hours the train ride takes.

So what can you  expect when you fly in China? Read on…

New airplanes
Some people start to worry when they are told their itinerary includes one or more domestic flights in China, especially if they traveled in China in the ‘80s and early ‘90s. In contrast to an age where people book private charters from places like Jettly, I can never forget reading about the traveler who watched the technician walk around the plane with a screwdriver before the plane was ready for take off to Lhasa. Fact is, most of the airplanes in China today are brand new.

Since 2004 the number of passengers have tripled. In 2012 there were 319 million of them flying around. This number requires a lot of planes, and China has the economy to buy new ones (they get a discount for big orders, I believe). The Economist predicts that “China’s fleet of 2,000 planes will triple in the next 20 years”, so chances are high you’ll board a brand new plane every time you fly. And they are not even that bad when it comes to leg room. My 6’3” husband might not agree, but try finding any plane that will fit his legs.

Since the ‘90s there has been an extreme focus on safety. No official wants to have a plane crash on their watch, and as a result, China has an accident rate much lower than many other countries. Good to know! 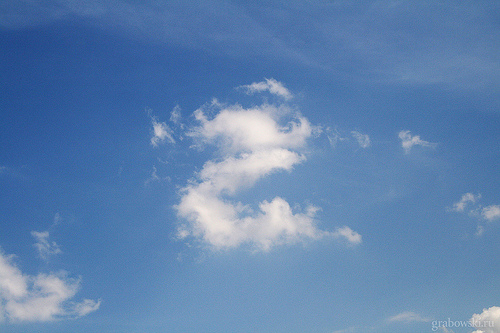 Turbulence
I try to think about that accident rate when I fly in China because there’s a lot of turbulence, and I don’t particularly like that (even when I know that it’s not turbulence that will make a plane fall down). Well, I don’t know if it is more turbulence than other places, but they are very eager to announce it. After a few flights you’ll know the speech by heart, in both Chinese and English. “Ladies and gentlemen, we are experiencing some turbulence…” Best to keep seat belts on for the whole flight.

Pretty flight attendants
China has some pretty discriminating practices when it comes to hiring people in the high-profile service industry, and of course, flight attendants are no exception. A certain age, height, bmi, and no “x”- or “o”-shaped legs or visible scars are some of the criteria to get the job, a job that  might seem glamorous, but of course, isn’t. They are badly paid and work long hours, not to mention that they every day have to deal with passengers who have never been on a plane before and don’t follow the unwritten, written or spoken laws of air travel behaviour, people who are irritated because of delays, or just simply an annoying species who believe they have a special right to behave as they like. I once was delayed 45 minutes because a group wasn’t seated together, and no flight attendant, pilot, co-pilot, airport security, or every other passenger willing to give up their seat just to get going could stop them arguing. Treat these ladies (and the few gents) nicely!

Food and entertainment
Even on short flights you are typically offered something to drink and a snack. Drinks seldom include alcohol, but they’ll have a wide selection of different juice and lukewarm Coke and Sprite served from big plastic bottles. Water is always available, and the coffee tastes like any other airplane coffee. The jasmine tea is often the best option. On longer flights you’ll get a hot meal, which will normally consist of something with rice or noodles and small packages of hard-to-identify snacks. It can include pickled vegetables, seaweed, dried meats, dried fruit, candied fruit, jelly, and nuts.

Inflight entertainment varies. If you are lucky there is none. It can be screens under the ceiling showing commercials and Chinese action movies with full sound, or individual screens and earphones, also with commercials and Chinese action movies. Either way, earplugs and your own entertainment should always be in your carry-on.

Delays
Yes, delays of all sorts. According to FlightStats, Chinese airports have the worst delays in the world. In Beijing only 18% of the flights depart on time, Shanghai ranks as number 2 with 29%. To avoid getting on the statistics, planes often leave the gate on time but before they have permission to take off, and so have to wait on the tarmac instead.

Some of the delays are of the regular sort, like technical problems and bad weather. If you are like me, I am happy to wait until that is fixed! A bigger part of the problem is that the Chinese army controls most of the airspace, some say as much as 80%. Beijing Capital Airport has an average of 1,500 arrivals and departures a day, but with just a few corridors in which to fly. These bottlenecks create delays, and if you add a regular summer thunderstorm or unexpected snowfall, the chaos is complete. Expect delays before you enter the plane, while you wait for take off, and when you are taken back to the terminal after the plane miss its spot. Patience, my friend, patience.

Passenger rage
If you thought Chinese people were all zen and afraid of losing face, you’re in for a surprise. As a consequence of the above point, you might experience the very uncomfortable situation when part of the stranded passengers simply explode and become angry and very vocal at the crew who has no decision-making power. The of rest of the passengers will resign and probably just laugh at it (and videotape it so they can put it online). If you find yourself surrounded by angry passengers, I advise you to step back and keep a distance; no need to get involved. It can be maddening to be stuck at a Chinese airport with no information, free food or drinks, but there is hardly anything you can do about it. Hope you brought a book. An app to guide you through deep breathing might also be an idea, when I think about it.

Overall, flying in China is convenient and mostly hassle-free (really!). New high-tech airports are built outside every little town. The planes are new, nice, and clean, the staff well-trained, and the food decent enough (who knew dried, sour plums almost tasted good when you are starving after having to wait two hours for take off!). And I seldom hear about lost luggage. The delays are annoying, but with enough snacks and the book you are too busy or exhausted to read while sightseeing, the time for departure will come.

What do you always bring with you onboard? Please share in the comments – Thanks!

Did you enjoy this? Sign up and never miss a blog post again!
I'll send you regular inspiration and help to plan and prepare an unforgettable trip to China – whether you've set a date, or are still just dreaming of going...
Air traffic controlBeijingChinaChina air delayesChinee flight attendantsChinese air trafficChinese flightsShanghai

Christine has studied Chinese culture and language extensively. She has spent two years at The People’s University of China in Beijing, done five years of Chinese studies at the University of Oslo, and has her masters degree from Hong Kong University. She has been associated with KinaReiser, Norway’s leading agency for travel to the The Far East, for a decade. She was also employed at the administration of the Norwegian Embassy to China for two years, before relocating to Washington DC with her diplomat husband and their two children.